Since the county of Somerset has always been my home, I have naturally taken a great interest in discovering Drake's contacts with the county.

General research proved that the venue of Drake's wedding to Elizabeth Sydenham remained a mystery. It may have occurred in St Eustachius Church, Tavistock. Drake was now in his early forties and partially for social standing, was receptive to being re-married. His bride to be was the daughter and only child of the immensely rich landowner and JP, Sir George Sydenham of Combe Sydenham Hall, Monksilver in Somerset. Drake may have met twenty-year-old Elizabeth Sydenham at Fitzford House. John Fitz had died but his son John now owned the estate. The house stood between Crowndale and the centre of Tavistock. All that remains is the restored gatehouse, which dates pre 1568. It is located on the SW side of Drake's statue.

If Elizabeth was a maid of honour, she could have met Sir Francis at Syon House near London, and there married since Drake was attending parliamentary sessions around New Year. A second wedding could have taken place in the bride's 13th century home chapel of All Saints Church at Monksilver that lies half a mile to the north. The Drakes would have met Rector John Pope. Another possibility is Sir George's parish Church of Our Lady at Stogumber. This church is 2½ miles from Combe Sydenham. The marriage settlement was signed on 9 February 1585. Consequently authors speculate this was probably a day after the wedding. Drake agreed to bequeathe the manors of Yarcombe, Sherford and Sampford Spiney, along with Buckland to Elizabeth.

However, retired deputy county council archivist Robin Bush has solved the mystery. His work has been overlooked by all biographers. Bush states that the parish records for Stogumber Church survive for the period and contain no record of the ceremony. The only other neighbouring church, Monksilver has lost its registers for the relevant years. This is because it seems that the volume recording the marriage was held by the Sydenham family, possibly as a memento. In 1717, Philip Sydenham of Combe Sydenham copied the following entry and sent it to don, Mr Hunt of Balliol College, Oxford. "Sir Francis Drake, kt; and Elizabeth Sydenham, daughter of George Sydenham, were married the 18th day of June 1583 by Mr Barret, Archdeacon of Exeter." The Sydenham letter was published in the Thomas Hearne Collection, Oxford Historical Society. [vol. 43 p. 120] Hence, Drake seems to have remarried only six months after the death of Mary.

I am grateful to our member Mr William Theed, owner of Combe Sydenham, for sending me the extract from Robin Bush's work and to a telephone conversation with Robin Bush. 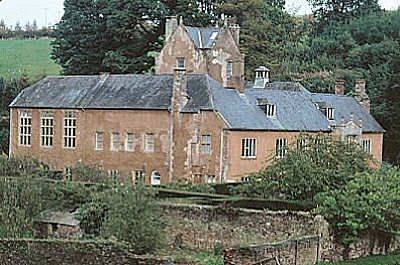 Robin Bush's extensive searches of the county archives, uniquely reveal that in the financial year 1583-4, the Receiver's accounts record that Mayor Philip Holworthy, spent 19s 6d in entertaining "Syr Franses Dracke". Bridgwater was en route to London from Combe Sydenham. The Drakes could have also been in Bridgwater to oversee Elizabeth's family's lands at Woolavington and Puriton. 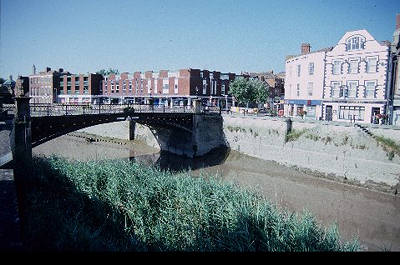 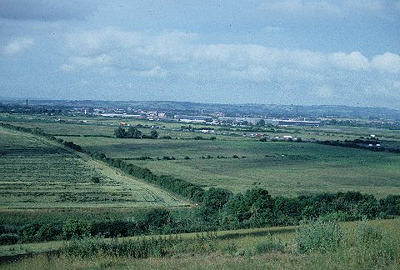 Looking towards Bridgwater from Puriton Hill 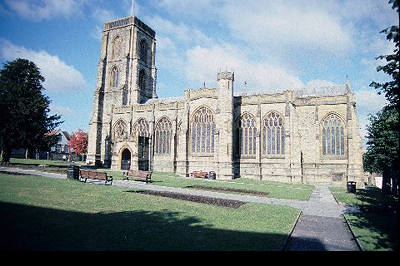 St John the Baptist, Yeovil, where Drake paid for the peal of bells

The Yeovil Churchwardens' Account Rolls for the same period show a receipt of 1s 8d from "Sir Francis Drake for a Peal with all the Bells". [This entailed all six bells.] My visit introduced me to Leslie Brooke, the local historian and author of The Book of Yeovil, Yesterday's Yeovil and Yeovil: A Pictorial History. Leslie hints that the Drakes would have enjoyed family hospitality. There was uncle Sir John Sydenham of Brympton D' Evercy, 2½ miles west of the town centre. The Tudor house remains, along with the church that Drake may have entered. Also, Sutton Bingham Manor House, situated 3½ miles to the south of Yeovil, was owned by Elizabeth's father. The exact site of the manor house has not been ascertained. However, the church still stands. Therefore, Drake would have enjoyed private accommodation when travelling between Buckland Abbey and London, since Yeovil was on the route and these properties were so close to the main road. Furthermore, Yarcombe lay about a day's journey to the west.

Mr Bush informed me that the Drakes were obviously in many other towns in Somerset and southern England. However, county records will only record a stay, if public money was spent entertaining Sir Francis, the celebrity and his wife. These discoveries open a new line of research. We have to examine records in other county archives to build a more complete picture of Drake's life in England.